DC Computers
How to Help the Environment 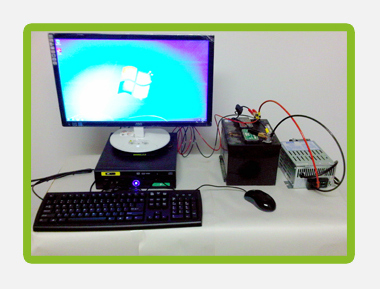 These days, many people have switched to more environmentally friendly devices, such as DC computers and solar powered appliances. In recent decades, a movement has formed to reduce the carbon footprint every one of us makes. This attempt to be careful of the earth's natural resources takes many different forms. Some cut down on their energy use at home. Others make a conscious decision to walk to work. There are, in fact, many different ways to reduce power usage and work on preserving our environment.

While the environmental movement is not a new one, more and more new technology keeps coming along to help address environmental issues. Today, most appliances come with a guarantee that they actually employ less energy than their predecessors did. The shift to decreased power usage and more environmentally friendly products has resulted in a re-examination of the approach. It had been mostly a matter of personal choice, but it's becoming increasingly necessary for changes in the system to occur.

Every day, more people become aware of the need to not only conserve energy but also to abandon the present modes of delivery and the conventional production methods. This extends beyond the expected use of energy efficient appliances; it also takes into consideration one of the most common and beloved tools of business, learning and pleasure - the computer.

Why Worry about a Computer?

There are several reasons why it's essential to reconsider the carbon print of a computer. While the average computer - laptop or desktop, does not, in these times, utilize a large quantity of energy, there are ways of making it even more efficient. It's also a fact that a computer, even DC powered computers, can create an extensive impact upon the environment.

At fault is the requirement for a server. Research performed by the government in 2007 revealed that the average server utilizes approximately as much energy as a vehicle. And the fuel required to keep these servers in business is fossil-based. Keeping the internet running on a daily basis produces more carbon pollution than all the planes in the world.

"Project Edison", undertaken by B. J. Williamson, M. A. Redfern, R. K. Aggarwal, J. Allinson , C. Harris, P. Bowley and R. Hotchkiss has indicated in "Project Edison: SMART-DC" (2012) a reduction in usage and carbon production is possible. This is achieved through something called a DC network. In fact, the financial savings together with carbon emission reductions are superior to that of the current AC network.

Utilizing DC power can help you reduce power costs over the long term. It can literally take you off the grid. If you utilize a DC computer, it can also help you cut down on your carbon footprint. A stand alone DC system consists of the following:

The addition of an inverter allows you to convert the power from DC to AC, if necessary.

DC computers are one possibility, if you wish to cut down on your environmental presence. They can save you money through energy usage. If you put in a complete DC system, you can even go off the grid. Do your research, however, before you decide upon the best system and methods to employ. This is particularly important if you are considering DC computers.

Add blog to our directory.